A place for the arts 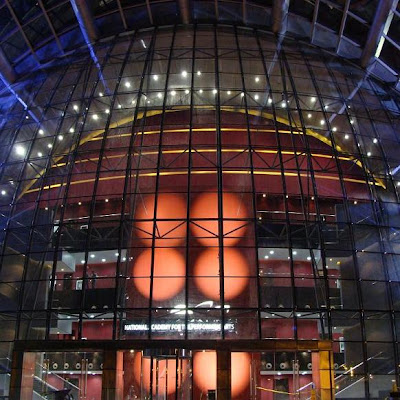 The National Academy for the Performing Arts, Port of Spain.

Tomorrow, the spanking new $518 million National Academy for the Performing Arts around the Queen's Park Savannah, Port of Spain, will officially open. But a few blocks away, at the corner of Roberts and White Street, Woodbrook, the historic Little Carib Theatre will remain boarded-up and shut. The restoration of that historic theatre, which was founded by local dance legend Beryl McBurnie in 1947 and which has played a key role in the development of the arts in this country, has stalled for about two years.

The problem? Reportedly a lack of funding, with an additional $2 million needed to complete the restoration not forthcoming from the State. The same State that can pump $2 million into a flag around the crumbling Hasley Crawford Stadium and which can build arts academies apparently at the snap of its fingers.

The opening of the academy comes after a long history of the arts and artists in this country being relegated to the marginal by successive governments regardless of the status of the country's wealth. For decades, artists from all walks of life agitated for a proper home for the arts, but to no avail.

Examine, for instance, the traumas of the Trinidad Theatre Workshop (TTW), once housed at the Old Fire Station Building on Abercromby Street, Port-of-Spain. The TTW, whose founder was Nobel Laureate Derek Walcott, was housed at that historic building for ten years from 1989 to 1994, when Walcott won the Nobel, and then to 1999. 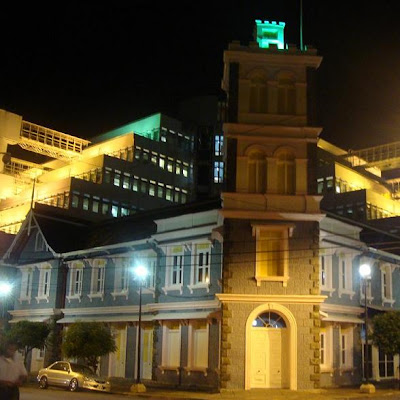 Yet, after a swanky restoration, and the construction of a National Library around it, the TTW was quickly booted out of the building and left to find accommodation in a small gingerbread house on Jernigham Avenue in Belmont. To date, despite its name, the TTW has no real theatre of its own, with a small space at the house in Belmont acting as a performance area. The Old Fire Station is used for such things as press conferences by the Ministry of Information as well as hosting administrative offices. 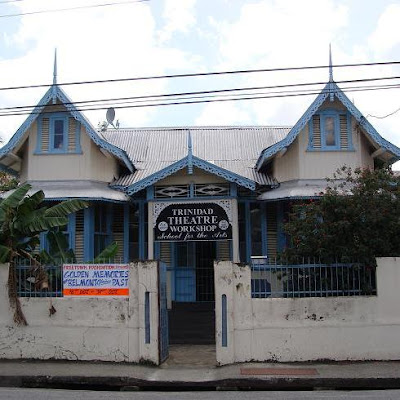 Then, of course, there was the plight of Queen's Hall, one of the most important architectural landmarks in the Caribbean. The1980s were particularly tough on the Hall's board. Whilst there was a Government subvention  for the basic running of the Hall--salaries for staff, utility bills and the like--there was no money for development or necessary refurbishment. Necessities such as the changing of stage lights or the repairing of broken-down equipment were never budgeted for. Former Chairman, Val Rogers, in a history of the Hall at its website, noted, “there was so much that needed to be done to the Hall, but we never had enough money, so all we could do was a sort of band-aid treatment.”

And what about a home for the contemporary arts, like the now defunct CCA7, which was once housed at the Fernandes Industrial Centre? Now, a spanking new arts academy has emerged. And this is something that should be welcomed. Artists should be happy, right? That's not necessarily the entire story.

The new academy was designed without any real consultation with the local artist community whatsoever, according to artists. The design was done by a Chinese firm, built by a Chinese contractor in accordance with Chinese building codes and specifications.


The building was supposedly inspired by the national flower, the Chaconia. But that is a loose association; the structure looks more like an imitation of the Sydney Opera House. Or a kind of sophisticated alien space-craft. How it fits into its environment also seems to have been an oversight by the designers, as the building looks away from the green of the Savannah and its environs, instead of paying tribute to them. This week, as preparations for tomorrow's opening continued with curious members of the public strolling around the academy, Chinese workers who will never be afforded the luxury of attending the swanky performances inside worked overtime to the sound of Chinese techno music playing from speakers housed in large wrought-iron boxes around the building's perimeter. 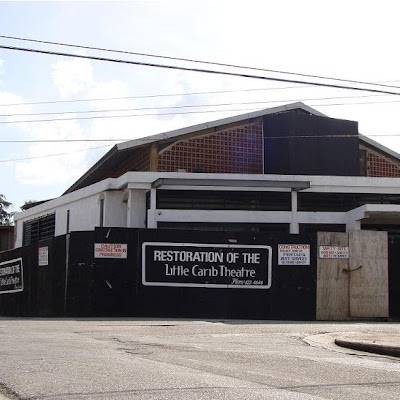 Questions have been raised about the adequacy of the steel used to build the structure, as well as the suitability of the design for performance. One Government minister has even pubically admitted, at the hearings of the Uff Commission of Inquiry, that some aspects of the building may be unsuitable to "performance" and more suitable to "training". And the myriad of concerns over top-level  corruption looming over Udecott, the State company that handled the project, go without saying.

So do we now have a Performing Arts Academy that cannot perform? That remains to be seen. Only a State serious about the arts will find a way to make it work, especially with Queen's Hall, which thanks to its own restoration is now the most technologically advanced facility in the Caribbean, just across the road.

Still, there are those who will note that it is better to have something than nothing. Yet, with the academy set to be run by the University of Trinidad and Tobago, it remains to be seen just what will be the role of organisations like the TTW and how the academy will relate to other cultural strands in the country. It is a little late in the game to be only now figuring these things out, especially after spending millions of taxpayers' money which could have supported worthy artistic projects throughout the decades. 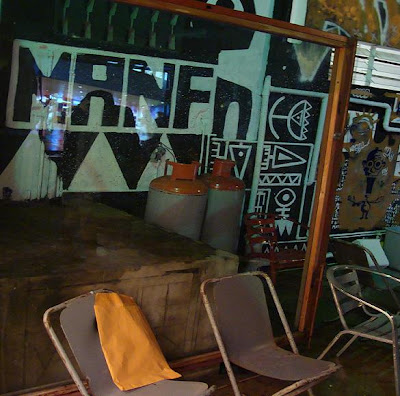 It is a crowning irony that throughout all of this, some have managed to find fertile places for art in the most unexpected of places. For instance, the million-dollar, shimmery structure that will open tomorrow may be an audacious sight, but it may never compare to what is happening at smaller spaces like Alice Yard, which is a few blocks away from the neglected Little Carib Theatre on Roberts Street.

At Alice Yard, a simple backyard has, over the last three years, done more for contemporary arts and discourse in this country than any $518 million mega-project can hope to do. Could it be that the State's neglect has actually engineered the conditions for true artistic creativity? Whatever the answer, we must wait and see if the academy will truly deserve to be called "national" after all.

Well done, Andre! I enjoyed this a lot.

My sentiments exactly. Big money spend with no sense, no consideration for the artist to have a practical input.I wonder who would be invited to the big opening?

This is a great post. Definitely called my attention to some things I was not aware of.

This is such a great eye opening post. I really enjoyed it it.

"How it fits into the environment also seems to have bene an oversight by the designers...". Not surprising as the "designers" of all of the, at least Chinese, design / build projects are anonymous and it appears have never even visited the various sites, probably not even the country.

Dear Andre, Well done....I enjoyed reading your article and observe that there are repeating patterns across the region in the state's approach to the development of the arts. Exclude local, small gestures and go large without consultation of the stake holders. It is happening here in Barbados as well. I look forward to readng more...do not stop writing no matter what they do. Kind regards, Annalee Ddavis http://creole-chant.blogspot.com

This is a fantastic post Andre. It's just unbelievable (unbelievable!) how misplaced this government's priorities are. All glitz and glamour and no substance. Imagine that I went to a so called 'prestige' school in Trinidad and was never once exposed to steel pan in music class. Not once! And yet here we have this multi million dollar behemoth that is supposed to magically help the arts to flourish in Trinidad. Like the powers that be really don't realize that you have to learn to crawl before you can walk, yes. STEUPS.

Back in the mid 1990s when TTW and its supporters were appealing to the "GORTT" (great acronym, eh? Sounds like a vacillating fart. Anyway, I digress...) for use of the Fire Station and, possibly, elevation to the status of National Theatre or Resident Theatre of the planned National Library, good old Patos decreed that--wait for it--A THEATRE IS INCOMPATIBLE WITH A LIBRARY. Now how 'bout them apples folks?

The arts for some reason, always get pushed to the back burner. And when there is some attention drawn to it, there is never a true balance of respect paid to all these artistic entities, as could or should be. It's exciting to have an arts centre of that magnitude. I hope it pays off in the end. As for those that are there prior, you have been tried, tested and yet overlook. However, you know your worth and have the stamina to survive, even if all you can do is a "sort of band-aid treatment" to keep pushing out great art and artists alike!