'To present the world in a new light' 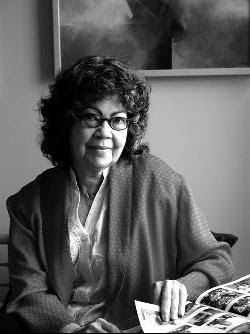 "It is not a question of avoiding issues but of being crafty, like the politicians, in portraying them. Literature is above all story-telling. And as China Achebe has said, story-telling is a threat. Story-tellers, poets, writers have always found ways of confronting tyranny, especially in places where conditions are dangerous and deadly. Throughout the ages, writers have developed and employed myriad literary devices and explored the fullsomeness of language through, for example, satire, realism, magical-realism, fables, and so on. Writers throughout the ages have found ways to talk about issues like politics without seeming to talk about them. The function is not to present the world as it is, but to present it in a new light through the narrative power of art. Literature does not ask, 'what is it about?' It asks. 'how do we tell it to make it real?'

"So if I have to answer the question, 'Should literature be political?' I would say, 'Yes, but not in an explicit way.' The purpose of literature is not to represent but to re-present: to hold up that mirror in a light that enables us to see reality both reflected, inflected and refracted. As writers, we live lives that are not navel-gazing but conscious and fully-engaged with the world. Gaugin said, 'Art is either plagarism or revolution'.

"Let me end by taking issue with the title of this debate. Should the subject matter be prescribed by anyone? I say no. Let us end by revolting against those who would apply the word should to art, even in a question. To young writers I say ignore prescription. Don't be left behind. Write on."


Poet, novelist and short-story writer Olive Senior answers the question: Should literature be political? at a special discussion on Sunday at Trinidad and Tobago's Bocas Lit Fest
Posted by Andre Bagoo